Music from economic data? Who would have thought? Filipinos did!

Now, every Filipino can sing to the upbeat music, tracking Philippine economic growth through recent years with the YouTube video launched last September by the National Economic and Development Authority’s (NEDA), Tunog ng Progreso (Sound of Progress). The new song performed by Thyro Alfaro, arranged and composed by Allan Feliciano and Top Suzara, is downloadable from the NEDA website at http://www.neda.gov.ph/tunog-ng-progreso/ and can be viewed on YouTube at https://youtube/8QMjCe-NsfO.

Let us discover more through an email interview with Dentsu, the agency NEDA collaborated with in communicating and advocating for AmBisyonNatin 2040, represented by Rey Tiempo, Creative Director; and Nerrisa Esguerra, Head of NEDA Development Information Staff and a Philippine delegate to the 2016 UN General Assembly. 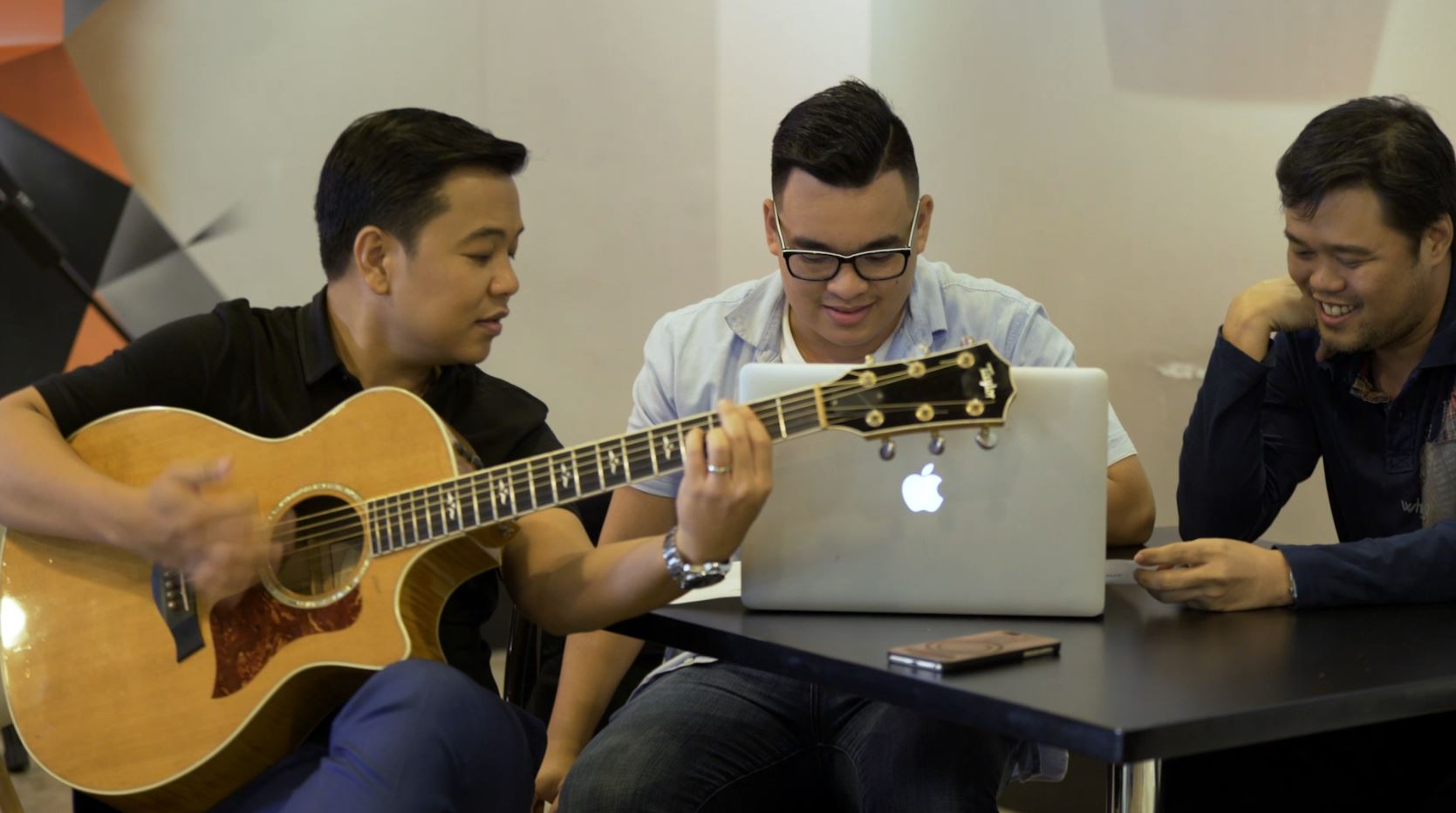 Jennifer Tungol: Describe the eureka moment when the creative team discovered the novel idea of transforming economic growth data into music and song. What was the inspiration?

Dentsu: The task for the Dentsu Creative Team was to come up with a campaign that would get Filipinos excited about the Philippine Development Plan (PDP), which is geared towards a long­ term vision for the country that focuses on solutions through various economic projects and reforms. The PDP promises to have a very uplifting, very positive impact on the lives of the Filipinos, and we wanted to channel that through a message that would easily reach the people.

…we saw patterns that could easily be translated into musical scales. The line graphs could be melodies rising and falling!

Most of the Creative Team members are musically inclined and when we saw the numbers, we saw patterns that could easily be translated into musical scales. The line graphs could be melodies, rising and falling! The points could be notes and the repeating patterns could be riffs. The song was right there, we just had to bring it out. Because what is music but math, anyway? So, the big idea of music from economic data was born.

JT: How much time did the team take to complete the process from brainstorming to the song launching?

Dentsu: The project took roughly 3 months – from the conception to presenting the idea to our NEDA partners, to composing the song, recording, editing, and shooting the music video. The whole process was as smooth as possible, with great collaboration from the Creative Team, NEDA, our production partners, and of course, the musicians and the musical geniuses from Loudbox Studios. 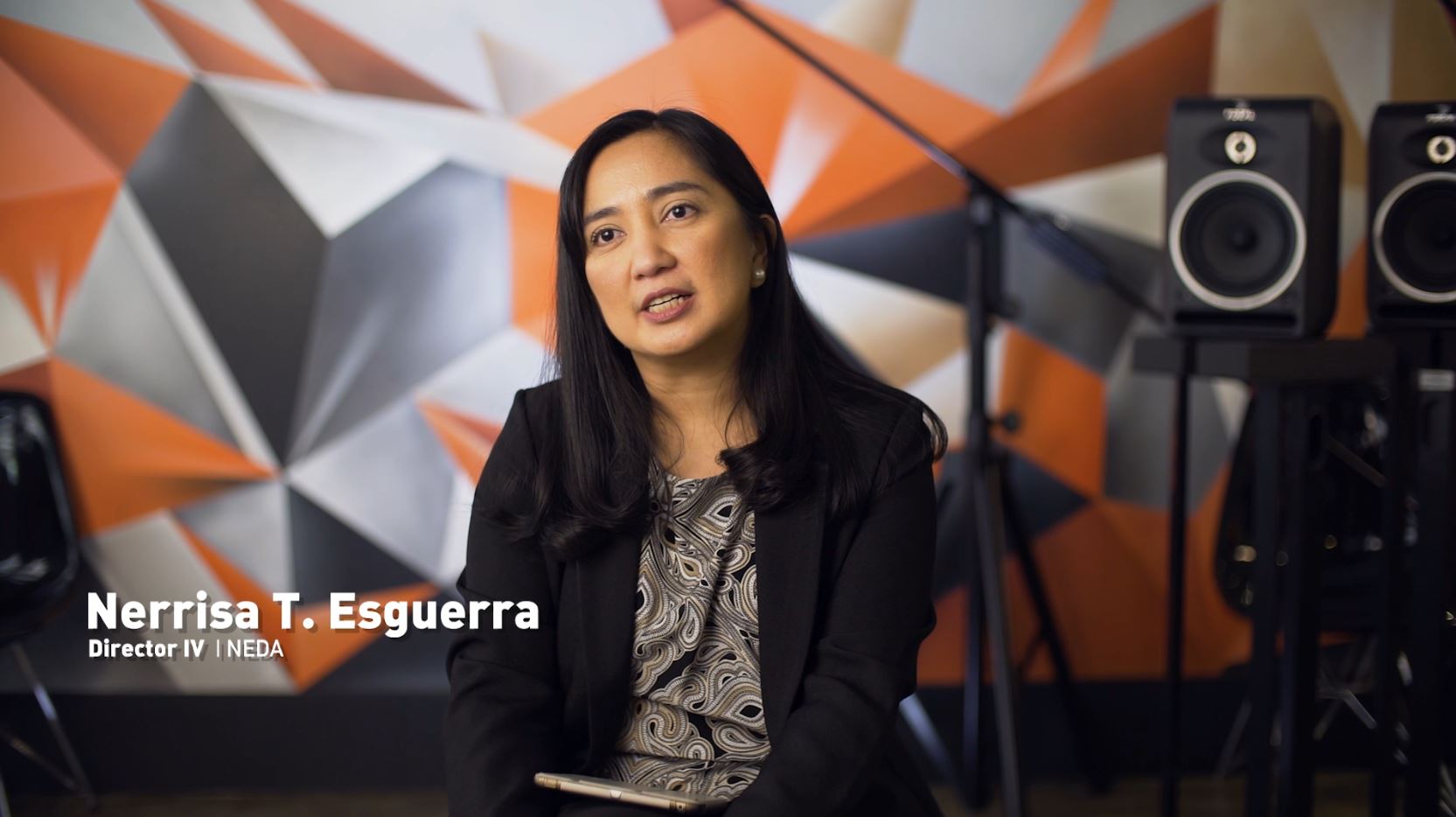 Nerrisa Esguerra: When the Dentsu creative team first presented the “Sounds of Progress” concept to us, I thought this was really clever and as soon as the presentation was done, I said, “Sounds good!” I had no idea how they were going to do it but I have faith in the creativity and musicality of Filipinos. My gut feeling then was we were going to have something wonderful.

JT: What challenges did the creative team encounter in creating the music and lyrics?

D: The biggest challenge came immediately after our NEDA partners embraced the idea and decided to support it. Up until that time, all we had was just that – an idea. The challenge was to actually execute the idea and make it happen!

Thankfully, we found production partners who were equally thrilled, inspired, and above all challenged with bringing this idea to fruition. We enlisted help from music technologists and composers, and we sat down numerous times just to pin down exactly how we were going to transform all the data into a song that would reflect our positive sentiments right down to the lyrics. We were very blessed and fortunate that Thyro, one of the leading musicians of this generation, and a genius of a songwriter, was involved in the project. In the end, a truly positive, inspiring (and very LSS (last song syndrome)-worthy) song was born – an actual piece of music that previously just existed on an Excel sheet! 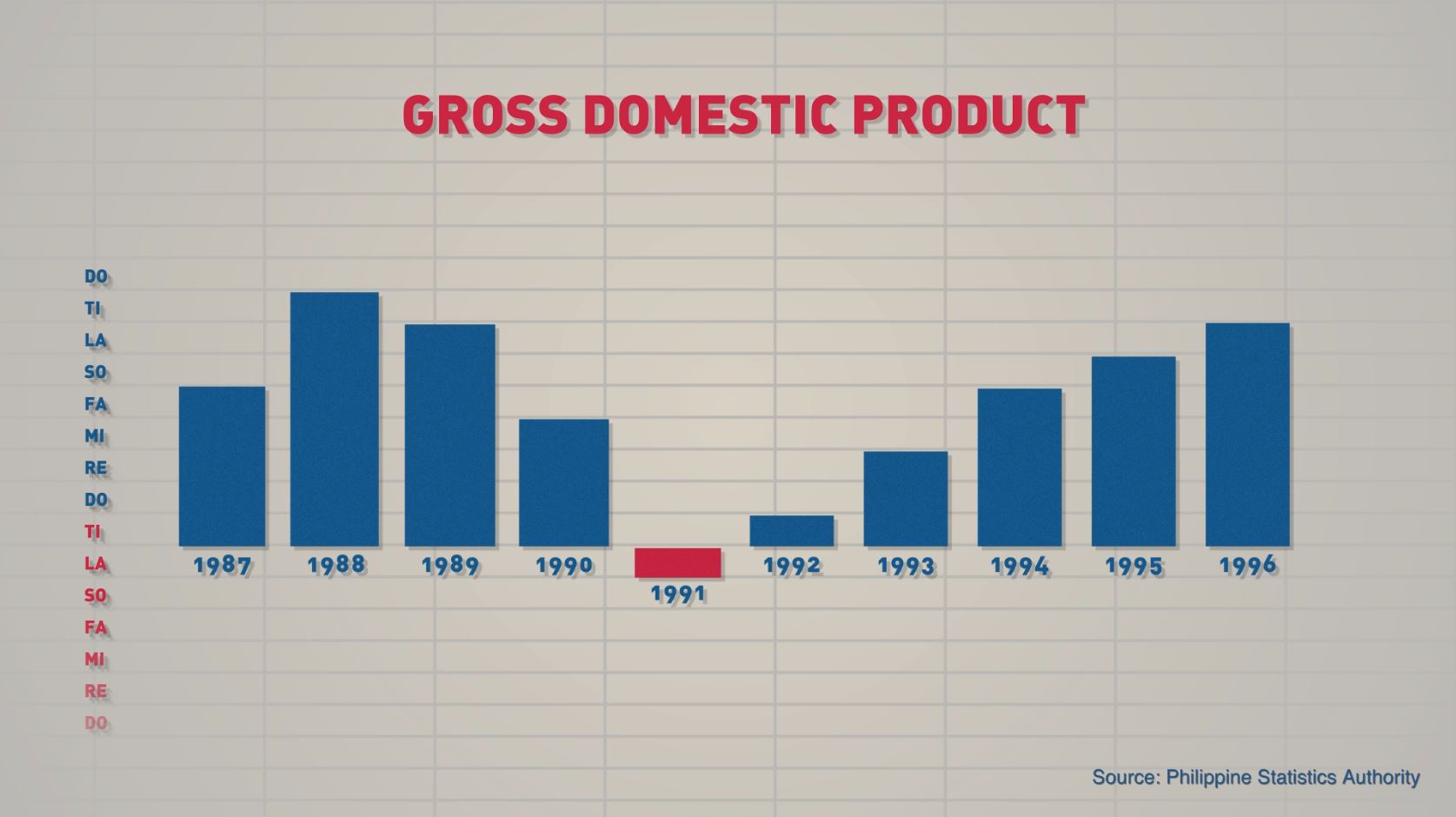 JT: The first part of the lyrics says “Tignan mo, nagbabago na ang lahat/ Akala mo tayo ay di na umaangat” (Take a look, everything is changing/ You think we aren’t progressing). This disrupts the common assumption that there is no growth in the Philippines. Why is it necessary to counter this common assumption?

NE: The lyrics speak about change that we are seeing now as much as about change that we all hope will be sustained in the coming decades. We need to make people see that the economy has turned a corner. We are now at a higher growth trajectory and we need to stay the course. Perhaps, part of staying the course will have to be about keeping people’s expectations up – people need to judge the performance of leaders and institutions relative to a more ambitious work plan and targets. We need to get people to focus on something that we can unite around – and that is economic development that will help Filipinos realize their aspirations of a life where family bonds and the sense of community are strong, where all Filipinos live comfortably and secure. This is actually the Filipino s’ long-term vision called AmBisyon Natin 2040 (https://2040.neda.gov.ph/).

JT: The chorus: “Ito ang tunog ng progreso/ Tayo na at makisalo/ Pataas nang pataas ang akyat/ Kaya nating lahat umangat!” (This is the sound of progress/ Let’s all join in/ We’ll go higher and higher/ We can all soar!) has the underlying theme of a participatory and inclusive economic growth with a call for everyone to join in and make a concerted effort in realizing higher levels of economic progress, the sound is upbeat and encouraging. How can Filipinos join and contribute?

NE: The key to sustaining an initiative like this is getting people to own it; after all, this came from the people. But it should not stop there. Sustained communication and engagement with stakeholders will be critical and this is where we need a lot of support. While the Government’s role is critical in providing the right environment for businesses to grow and the right amount and quality of public services for people to reach their potential, everyone has to take part in it.

JT : The song hopes to support and inspire Filipinos in realizing their collective goals of having a “stable, comfortable, and secure” life. How did NEDA collect the goals and what are the indicators of the goals?

NE: Recognizing that people’s sense of ownership is important to the success of this long-term visioning process. Based on the Focus Group Discussions and the survey conducted, 79% of Filipinos described the life they want as:

• Stable or strongly rooted (Matatag) means Filipino families live together; there is work-life balance. It is a high trust society with a strong sense of community.

• Comfortable (Maginhawa) means no one is poor, no one is hungry. Filipino families live in comfortable homes with desired amenities and secure tenure. Families and friends are within reach because transport is convenient and affordable. Children receive quality education.

• Secure (Panatag) means Filipinos expect to live long and enjoy a comfortable life upon retirement. Filipinos trust their Government because it is free of corruption and provides reliable public services to all its citizens. 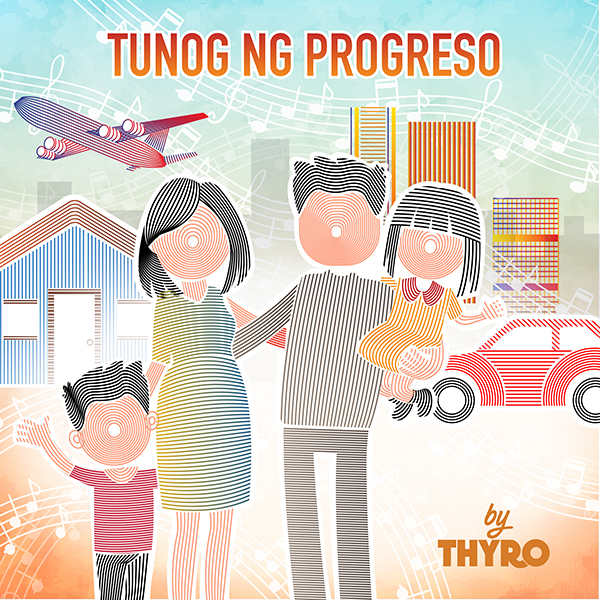 JT: How have the Filipinos reacted to the song? Have there been community conversations on available economic opportunities that will allow Filipinos to influence the course of their future in their daily lives?

NE: Much of the feedback was about being awed by the creativity involved in turning Gross Domestic Product data points into musical notes with its apt and inspiring lyrics. The take-away message is that we indeed have been making progress, even with some setbacks, and we just have to keep working for sustained progress. Tunog ng Progreso is for now, limited to online and social media promotion and while it has generated thousands of views, we have to do more to promote it and so we encourage everyone to download the song for free and share the music video from our website. While NEDA started the conversation, ultimately, we would like people to take it as theirs and to work for its realization.

This article is published in the Ugnayan newsletter of the United Nations Staff Recreation Council-Philippine Cultural Society (UNSRC-PCS) and republished here with permission.

The UNSRC-PCS was established in 1995 to stimulate interest in Philippine arts, culture and sports, and to promote interest in the ideals and achievements of the United Nations through its activities and contacts with the general public. It is open to all United Nations current/ former staff members and their families, and agencies/affiliated organizations, members of permanent missions, delegations, the press corps & other groups connected with the United Nations.

The Ugnayan newsletter was launched in 2006 as a source of information on issues of shared interest, promotes the appreciation of Filipino culture and serves as a vehicle for members to express themselves in print. It is disseminated to members every year.