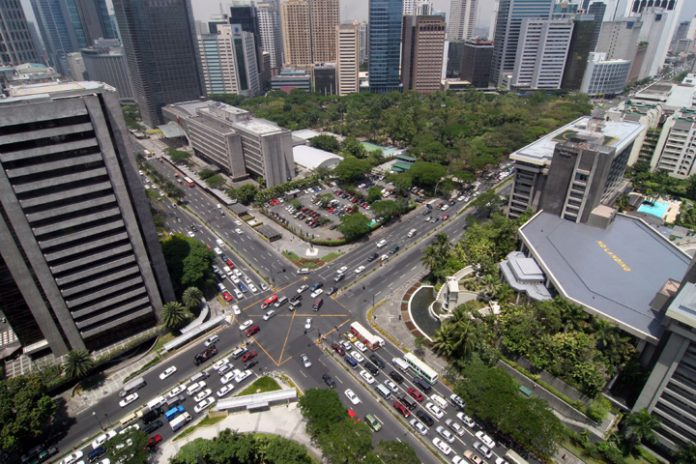 ROADS built roughshod and bridges that connect to nothing: a thing of the past if the Duterte administration achieves its dream of the “golden age of infrastructure”.

The current administration plans to achieve this dream by increasing the country’s infrastructure-to-GDP ratio to 7.4 percent. This could easily amount to as much as P8 trillion to P9 trillion by the end of President Duterte’s term in 2022. Based on latest data from the National Economic and Development Authority (Neda), the Duterte administration has approved 17 infrastructure projects worth P392.93 billion.

The five projects, worth P64.34 billion, designed under the current administration and approved by the Neda Board are just a handful compared to whats currently being prepared for implementation in the coming years.

For one, the current administration has identified over 50 flagship projects, initially
worth P1.2 trillion, with more than half still not having any cost estimates.

NEDA Undersecretary Rolando G. Tungpalan said the Duterte administration is not fixated on besting previous administrations in terms of the number of projects approved.

Tungpalan said the Investment Coordination Committee (ICC) commits to complete the evaluation and approval of projects over a six-week period. However, should a particular agency be unresponsive to the requirements of the ICC, the interagency committee will write them a letter stating why the body will not be able to meet its commitment of completing its evaluation during the six-week period.

Agencies can also pitch in and shorten the approval process, especially for projects that have already been studied. Projects require feasibility studies prior to entering the ICC process. Creating a feasibility study from scratch will require a maximum of one year but if there have been studies previously done on certain projects, updating these studies will only take as short as three months.

HASTENING the approval process for infras-tructure projects was part of the President’s State of the Nation Address last year when he committed to cutting red tape across the bureaucracy. Duterte stressed the need to cut processes and reduce requirements to improve doing business nationwide, as well as in the evaluation of government projects.

The five projects that were designed, evaluated and approved by the Neda Board included the P23.46-billion Metro Manila Flood Management Project Phase I and the P9.195- billion New Cebu International Container Port. The three agriculture projects were the P10.15-billion Inclusive Partnership for Agricultural Competitiveness; P601.09-million scaling up of the second Cordillera Highlands Agricultural Resources Management Project; and P20.93-billion expansion of the Philippine Rural Development Project.

But more of these projects will arrive. This includes one of the biggest mass transportation projects, the Mindanao Railway System. The 2,000-kilometer railway will be constructed in phases for easier implementation and funding.

TUNGPALAN said the feasibility study for the first phase has already been completed and is currently being reviewed by the Department of Transportation.

The list also includes another rail project, the North-South Railway Project South line, which has been on the table for many years. While the project is not new and there is an existing Southline that runs from Metro Manila to Legazpi City in Albay province, the focus of projects involving the railway centered on maintenance, and not expansion. The project involves the construction of a 581-km standard-gauge long-haul railway from Manila to Legazpi. The line will also have an extension to Matnog in Sorsogon.

More than ensuring that there are enough projects to meet the country’s investment and infrastructure requirements, the government is keen on ensuring that projects are “better prepared”, implemented and completed.

Tungpalan said the government is now securing a technical assistance grant from the Asian Development Bank to ensure that the projects evaluated and approved by the ICC are above board. The Neda Secretariat, he said, will also be doing milestone monitoring for all big ticket infrastructure projects. While this will require additional manpower and resources in general, this will solve many implementation problems in the long run.

TUNGPALAN said oftentimes the status of projects waiting for the terms of reference or signing of contracts or even securing permits are identified as “not being implemented”. That status currently prevents agencies and the Neda from being proactive in addressing project problems.

These problems, particularly for Official Development Assistance-funded projects, result in cost overruns. These are additional costs incurred by projects that are delayed. Apart from these, delays can also cost the government additional commitment fees paid to lending institutions. “It will entail a lot of work and people to get to those milestones,” Tungpalan said. “[But this will allow us] to gauge whether the implementation period remains realistic and if we have to do something about it.”

Tungpalan said if there is one thing the current administration will focus on in terms of infrastructure projects, it is to simply get projects on the ground. Already, there are signs that projects conceptualized long ago are given new life in this government. This include the Chico River Pump Irrigation Project, which has been part of the Aquino administration’s Integrated Natural Resources and Environmental Management Project. A similar project, the Chico River Irrigation Project was approved for World Bank funding as far back as March 1976.

UNDER the current administration, the Chico River Pump Irrigation Project is being proposed for Chinese loan financing. The P2.696 billion-worth project aims to irrigate 8,700 hectares and benefit some 4,350 farmers. It will serve 21 barangays in Tuao and Piat in Cagayan and Pinukpuk in Kalinga.

“I don’t think the list [of Duterte projects] will include many entirely new projects because the Philippines has been an expert in planning, but not in doing. So its hard to reinvent the wheel except in a few cases,” Tungpalan said.

These instances included the creation of an additional 10 to 12 bridges that will cross Pasig River. Two of these bridges will be financed by the Chinese government, the Binondo-Intramuros bridge and the Estrella-Pantaleon bridge.

The Japanese government will also finance one new bridge near the existing Guadalupe bridge, while the government intends to finance construction of the Santa Monica bridge through the national budget. Tungpalan said these bridges will be a welcome development for motorists who need to cross the Pasig River on a daily basis. This means more choices in terms of routes they can take to and from work.

TUNGPALAN said the current administration has set its sights on undertaking airport projects, railways, bridges and farm-to-market roads that are considered the best ways to “operationalize” access to goods and services.

The government also plans to build more roads connecting islands nationwide. These include the Matnog, Sorsogon and Allen, Samar and Panay-Guimaras-Negros Island Bridges, among others. Bridges, Tungpalan said, are considered “all-weather” infrastructure. This means they can be used even if there are typhoons, unlike the Roll-on/roll-off system, which can only operate in good weather conditions.

There is no doubt that good infrastructure projects can make or break the economy and a country. But with over 100-million Filipinos depending on roads, bridges and mass transport for health, education, livelihood and their futures, the government cannot afford to underdeliver.

But until that time comes when these projects no longer just paint a bright future but form every Filipino’s reality, city dwellers and rural folk just need to gird their loins, grit their teeth and hope for the best.